A blog about writing, about time, and writing about time.

Everyone we met in Costa Rica, from our guide and trip organizer, Nacho, to people we stayed with, to casual encounters, was friendly and welcoming. This is our group on the first day at a crafts store, after a red eye flight and no sleep. 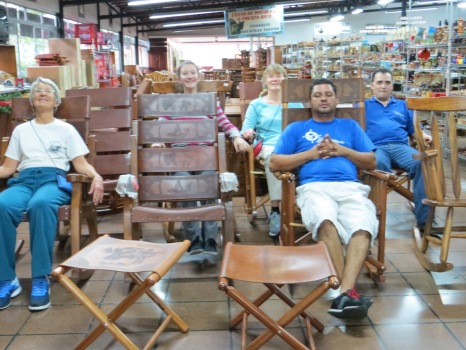 From left to right: Alice, my grand daughter Kendra, Rosemary, Vinicio (our driver while we were in the Central Valley), and Nacho. 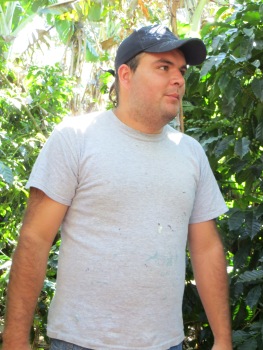 Willy is the son of our family stay hosts, Juanico and Odillie. He acted as our driver and guide the four days we stayed in Santa Maria de Dota, a coffee producing town in the Central Valley south of the San Jose area. Here he is introducing us to his family’s coffee farm, where he showed us how to pick coffee. Before we left he gave us each a toy model he made of the traditional “chorretero” or coffee maker, a frame to support a cloth filter. 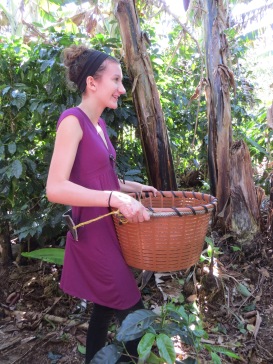 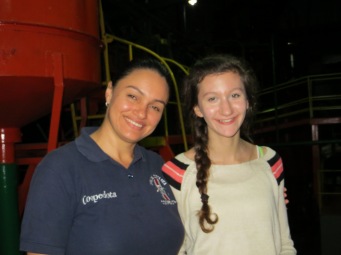 Kendra with our guide on our tour of the coffee cooperative in Santa Maria. We learned a lot about coffee processing. I wish I’d written down more details, but there’s an awful lot of coffee produced in the local area. 90% of what’s produced here is processed for shipping, while the remaining 10% is also roasted here for local use. 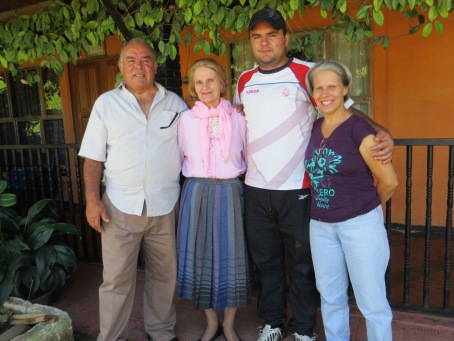 Juanico, Odillie, Willy, and Odillie’s wonderful sister Mayala as we say goodbye. Mayala did a lot of the cooking for us and is a “professional” tamalera (tamale maker). As we were there over the new year holiday, she guided us in tamale making. Kendra took to it like a pro herself. 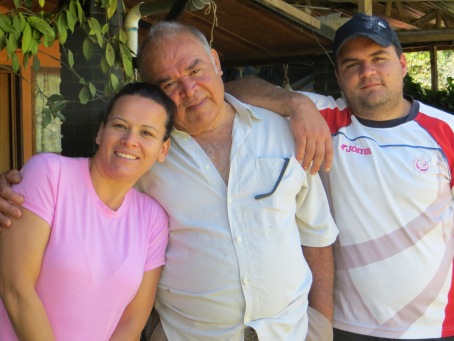 Adriana with Juanico and Willy. Adriana is a daughter in law who has a little guest lodge on the property, in whose rooms we stayed.

More in the next post on the second, coastal leg of our trip.

One thought on “People we met in Costa Rica”