A blog about writing, about time, and writing about time. 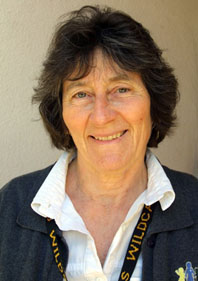 I also backpack, garden, sing with the Santa Cruz Peace Chorale and am a Master Composter.

Is time travel possible? In Wandering Time, twelve year old Zoe Woods loves to read fantasy and believes in magic, but she’s never heard of parallel universes or alternate realities, not until Granny Rae is diagnosed with Alzheimer’s disease and begins to “wander”, taking Zoe with her.

Alison Batterson, Zoe’s best friend, is fourteen in Runaway in Time, but when she runs away and follows the crazy cockney boy, Wendell, to 1953 Hong Kong, she becomes twelve again. And she can’t get home. 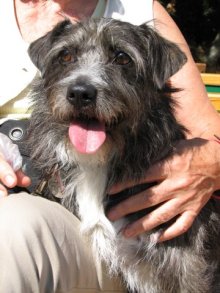 In Toto’s Tale and True Chronicle of Oz, Toto tells the story of how he found Dorothy and how they both went to live with Aunt Em and Uncle Henry, what really happened in Oz, and what became of the Silver Shoes. Toto’s story is based on L. Frank Baum’s Wonderful Wizard of Oz, first published in 1900, rather than the 1939 movie. My Toto gave me the idea. 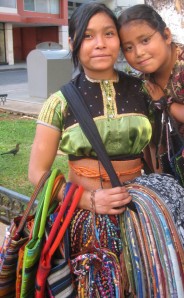 Inspired by these two girls I met in the Yucatan, The Weaver’s Daughter is the story of a Maya girl’s immigration journey. Ixchel (Chel) must cross the U.S. border to find her missing father in Los Angeles. Her best friend Rosa travels with her and together they face border agents, a dark tunnel, and a drug smuggler.

Bony Legs is a modern fairy tale based on stories of Baba Yaga, the Russian witch who lives in a hut on chicken legs and flies in a mortar steered with a pestle. Lisa Vass encounters Bony Legs in northern California, after her stepmother sends her away.

The Double Crossing is historical fiction based on the 1939 voyage of the MS St. Louis when the ship leaves Germany with 973 Jewish refugees. Turned away in Cuba and the U.S., they return to Europe where many later die in the camps. Hannah and David meet on the ship, uncover a spy plot, and risk stealing smuggled documents from the Nazi spy.

The Society of Children’s Book Writers and Illustrators (SCBWI) is running an event called Bookstop. Books for children of all ages are featured on the pages with links to buy them. Perfect holiday gifts for any child in your life. Go to SCBWI.org to see all the books. If you want to see the page … END_OF_DOCUMENT_TOKEN_TO_BE_REPLACED

AJ Adair, sister author with Desert Palm Press, invited me to write a guest post on her blog. It’s now up and running and you can take a look at my post as well as information about her books in a very different genre. Anyone who wants to be on my email list for future … END_OF_DOCUMENT_TOKEN_TO_BE_REPLACED